Isabel Quintero is author of Gabi, A Girl in Pieces, Ugly Cat and Pablo, Photographic: The Life of Graciela Iturbide, and numerous essays and poems. She earned her BA in English and MA in English Composition at California State University, San Bernardino. Ms. Quintero is also part of the creative writing faculty at Sierra Nevada College.

SDSU professor, Dr. Phillip Serrato, introduced “the talented, awarding winning author” and “sharp and savvy teacher” by revealing a little yarn about how Ms. Quintero saved the day and a certain professor’s craving for a chocolate chip cookie. The story fired up the crowd for the guest speaker and Professor Serrato proclaimed, “it really does take a village!” when thanking the many organizations and individuals for helping make this special event happen.

When Isabel Quintero, the daughter of Mexican immigrants and sister to her “little, baby brother” [shh! we won’t tell him you called him that in public], took to the podium, she discussed her upbringing in the Inland Empire and the struggles her family endured during her childhood. She disclosed her father’s battle with alcoholism and how it influenced her debut novel, Gabi, A Girl in Pieces. Quintero also spoke about the tender moments between mother and daughter during their bedtime story routine, reading the Amelia Bedelia book series and expressed how “words became love” in those evening hours.

Books and words were a way of “connecting” for Quintero. She shared how e e cummings’s “[anyone live in a pretty how town]” made her realize she could “own the language and do whatever she wanted on the page,” no longer bound by the rules of grammar and punctuation. Quintero amused the audience when she said this recognition marked her path into writing  “angsty teen poetry…horrible, horrible poetry!” which she claims is “all gone now, thankfully…no one has to witness that!”

But this moment was a telling reveal for the future author, who would go on to win the William C. Morris YA debut novel award and Tomás Rivera book award. Quintero is, at heart, a poet. But anyone who has read Gabi, can see the lyrical rhythm and flow by the way she writes her characters’ thoughts and dialogue.

When Quintero attended college, she took her first Chicano literature class and tells the crowd how it was the “first time I’d ever seen myself in a book. It was [also] the first time I knew Mexicans could be writers, professionally…I didn’t know we [could do] that, because all we had read [were] dead white guys and dead white women.” Here she corrects herself and says, “Emily Dickinson…one dead white woman…and Langston Hughes,” to which everyone chimed in agreement as they remembered their own high school literature curriculum. She described how reading Chicano authors, like Michele Serros, “opened her eyes to what [she] could do and how [her] culture could be celebrated”.

With that, Quintero pulled out Serros’s “Dead Pig’s Revenge,” another defining piece of poetry that helped shape the author she was to become, and read to her audience. Later, she described how Serros’s writing helped her grasp the idea that she didn’t have to write about “things that were foreign to [her],” she could write about “chicharrones and tacos de lingua.” Quintero then began writing in “English, then Spanish” although she admits that her Spanish is “not academic, but her Spanglish is awesome!” raising another bout of laughter from the room.
Quintero went onto another adolescent tale about breaking curfew at home to attend an “open mic” poetry night where she performed her first reading. This instant became her motto for how “strongly she feels about poetry and writing: yeah, I’ll break curfew for that!” Quintero exclaimed. She also believes writing is a “constant investigation of the self” and cites Gloria Anzaldúa as another influence in her work. Anzaldúa taught her about “responding to whiteness…and how [people of color] are taught to see themselves through a white lens. And when we are taught to do that we don’t see ourselves as a whole…we are white-washed, and often times we are stereotyped.”

She also spoke to the audience about her collaboration with artist and friend, Zeke Peña, on their Getty-commissioned nonfiction graphic novel about famed photographer Graciela Iturbide. Quintero has another title release coming out next spring, the second in her children’s book series about Ugly Cat and Pablo. She discussed how her time as a library technician taught her how to write for a younger audience.

During the Q&A session, Quintero discussed how she started the Zine prior to writing Gabi, but completed it while she was in the process of finishing the book. She also disclosed how the novel was originally written in verse, but was advised by an editor to rewrite it in prose and took inspiration from the Diary of a Wimpy Kid’s format.

A lyrical essay concerning her father’s relapse with his addiction will be coming out soon, and Quintero confessed how hard it was to write about her family and emotionally revisiting that occasion in her life. Her voice saddened when she said “I still feel it sometimes” when recalling the fearful moment and knowing her father could “die from this disease.”

Quintero imparted writing advice to the aspiring authors in the crowd telling them to “be prepared to be emotionally exhausted” during their creative endeavors, and how Professor Julie Paegle from the California State University at San Bernardino was an inspiration for pursuing her craft. She told them how “there is no right way to be a writer” and that “writing is activism.” Quintero stressed that when writing for a younger audience she believes “we have a responsibility for truth and authenticity” and how “we don’t need to talk down to [children or teenagers].”

She recalled one of the first times she spoke for a class at a Lincoln Heights’ high school. One student questioned how she could be “proud of [her] culture, [when] she talks bad about it in her book (Gabi, A Girl in Pieces).” Quintero remarks how she thought it was a good question, because even though she may criticize her own culture, one has to realize that it isn’t “perfect, because there is going to be things we need to change and be better at” just like any culture.

One of the most profound moments during the event occurred prior to the Q&A session, when Quintero took on a more serious tone and told the audience what she has learned about her own authorial voice. "Being able to write and tell your own stories is a powerful act," she explained, "especially [for] people of color and [those in the] queer [community]." "We need to hear your stories,” she continued, "because when you don't write you give someone else the power to write for you."

Many thanks again to everyone who attended the event and especially to Isabel Quintero! We wish Ms. Quintero the best on her future writing endeavors and look forward to reading more of her work. You can follow her on Twitter @isabelinpieces 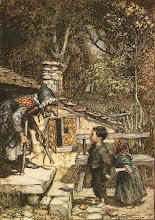